Mr. Dikko obtained his LL.M [Corporate & Commercial Law] degree from the Queen Mary & Westfield College, University of London, England after obtaining his LL.B from the University of Buckingham, England. He was called to the Nigerian Bar in 1990.

He has worked in a variety of roles and industries that span corporate finance, banking and information technology and telecommunications. He worked at Kenneth Michael & Co between 1991 and 1992 and was on the team responsible for setting up the first discount house in Nigeria and was chairman of the discount house from 2002 – 2012. He also worked as Executive Director in Resourcery Plc. from 2000 to 2007 and was Vice President (Regulatory & Corporate Affairs) with EMTS Ltd (trading as Etisalat Nigeria) until 2017.

He consults on regulatory compliance with a focus on competition regulation and has a keen focus on corporate governance. 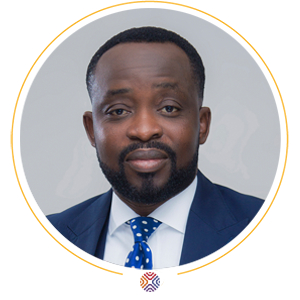 Tosin Osunkoya
Next Article
We use cookies on our website to give you the most relevant experience by remembering your preferences and repeat visits. By clicking “Accept All”, you consent to the use of ALL the cookies. However, you may visit "Cookie Settings" to provide a controlled consent.
Cookie SettingsAccept All
Manage consent

This website uses cookies to improve your experience while you navigate through the website. Out of these, the cookies that are categorized as necessary are stored on your browser as they are essential for the working of basic functionalities of the website. We also use third-party cookies that help us analyze and understand how you use this website. These cookies will be stored in your browser only with your consent. You also have the option to opt-out of these cookies. But opting out of some of these cookies may affect your browsing experience.
Necessary Always Enabled
Necessary cookies are absolutely essential for the website to function properly. These cookies ensure basic functionalities and security features of the website, anonymously.
Functional
Functional cookies help to perform certain functionalities like sharing the content of the website on social media platforms, collect feedbacks, and other third-party features.
Performance
Performance cookies are used to understand and analyze the key performance indexes of the website which helps in delivering a better user experience for the visitors.
Analytics
Analytical cookies are used to understand how visitors interact with the website. These cookies help provide information on metrics the number of visitors, bounce rate, traffic source, etc.
Advertisement
Advertisement cookies are used to provide visitors with relevant ads and marketing campaigns. These cookies track visitors across websites and collect information to provide customized ads.
Others
Other uncategorized cookies are those that are being analyzed and have not been classified into a category as yet.
SAVE & ACCEPT

You have Successfully Subscribed!